Shade is the enemy of solar panels.

If you have an off-grid homestead, RV, van, or even a sailboat you could significantly reduce the power output of your panels.

In this article, I’m going to explain how you can remedy shading on your solar panels.

What’s so bad about shade on solar panels?

When there is shade on solar panels it will reduce the current of that panel.

Now if shade comes over the panel, the current could drop to 3 Amps, but the voltage stays the same, resulting in 52.5 Watts (3 Amps x 17.5 Volts).

There is really nothing you can do about this if you have a single solar panel.

What is the effect of shaded PV cells in series and parallel?

The problem arises if you have multiple solar panels.

Multiple solar panels can be connected in series or parallel.

Most of the time, your panels will be connected in series. Want to know why? Check out my article on series and parallel wiring of solar panels.

Solar panels should always be wired in series if there is no shading problem and the total voltage stays under the charge controller max input voltage.

Effect of shading in series connections

If you expect to have shade on your panels, adding panels in series is not the best configuration.

Remember that in series the voltage is added up and the current stays the same?

Are you keeping up?

Let’s look at what parallel does.

Effect of shading in parallel connections

If we do the same experiment with parallel connections, we see that we have a higher power output.

This is because in parallel connections voltage stays the same but current is added together.

Remember that solar irradiance (sunshine) only has an impact on the current and not on voltage?

If you expect shading on your solar panels, I recommend putting them in a parallel configuration.

If you have an RV or a van and plan to move a lot, you are better off with a parallel connection. This is because you are not always certain if there is going to be sunshine all the time on all your panels. Yes, it will cost you more in wiring but it will pay off in the long term. Especially if your battery bank is running low.

In an RV, you will expect shading to happen. It can be a branch or a fallen leaf on the panels. In an RV you want to harvest every watt you can. That’s why you should wire the panels of your RV in parallel. It will cost you more in wiring, but it is worth it.

Is it better to series or parallel solar panels?

How does shading affect solar panels in parallel?

Shading affects the current (A) of the solar panel. The voltage (V) is affected by temperature.

Do solar panels charge faster in series or parallel?

This is a tricky question. Generally, batteries get charged quicker in series because of low light in the early morning and late evening. Because voltage is added up in a series connection, the minimum required voltage to start charging the battery is reached faster.

What type of solar panel works best in shade?

What happens if a solar panel is partially shaded?

The current of the solar panel that is shaded will drop significantly, reducing the total current output of the whole series string.

Do solar panels work in the shade?

You will get a tiny amount of power from shaded solar panels compared to the full sun. Let’s say it’s about 10-20% of the rated power.

Get my book on Off-Grid Solar Power 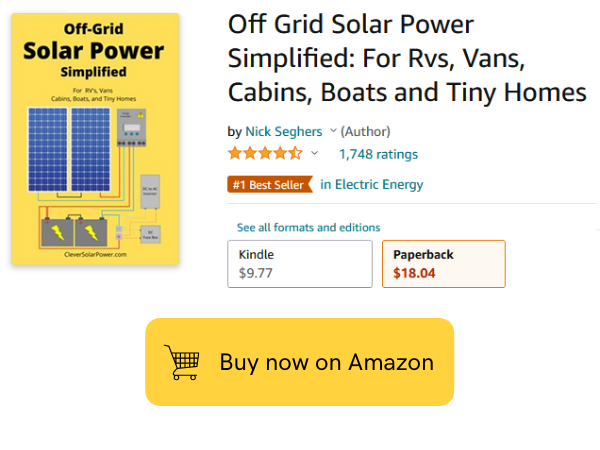